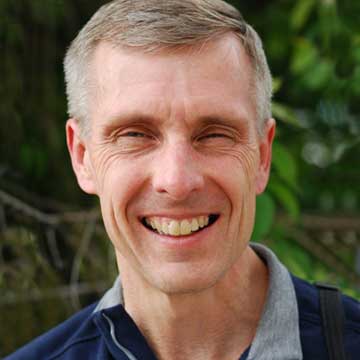 Steve is Vice President, Medical Affairs for the Mercy Health East Market; he started at Anderson Hospital in November 2009. Previously he was the VPMA for the Springfield region. He also served as the team physician for Wittenberg University from 2001 to 2009.

In 2012, Steve was voted “physician of the year” at Mercy Anderson. He was a 2014 finalist in the Cincinnati Business Courier “healthcare heroes” in community outreach. He writes a weekly Medical Staff Update that is widely read within Mercy Health and which was named a finalist for the American College of Physician communication award. He was named “volunteer of the year” by the Anderson Township chamber of commerce in 2015. He is medical director of the Mercy Care Clinic and team physician for Anderson and Turpin High Schools. He was twice awarded the Nagel PTA “friend of students” award.

Steve and his wife, Dr. Risa Spieldoch, a family physician at Forest Hills Family Medicine, have two sons, Andrew and Michael, both of whom attended Anderson HS.

FHFE is a non-profit organization that raises funds to support programming to enrich the educational experience of Forest Hills School District (FHSD) students and prepare them to compete successfully now and in the future.